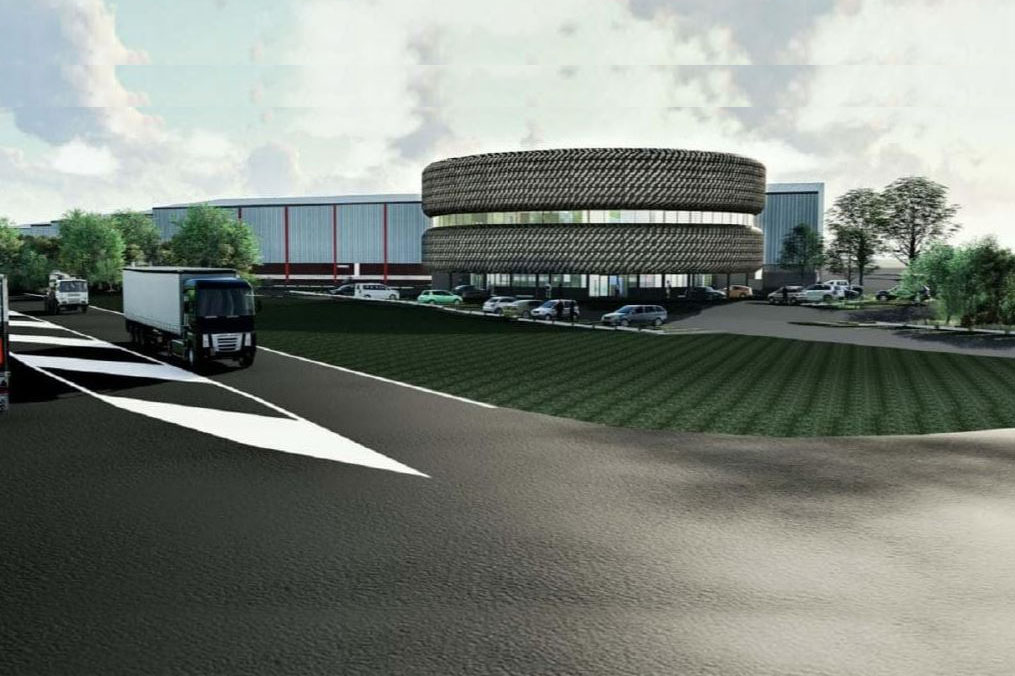 A lot of publicity has been circulated regard this new facility and what it will mean to the local community in terms of job opportunities for the future.

Approximately 80 jobs will be created involving 52 truck movements a day. The proposed new facility will have about twenty loading docks and an office building that will include a café catering for staff and visitors. It would be built in three stages, with most jobs being in the office building, which would be the second or third stage and could be several years away.

A feature of the Tempe Tyres proposal is an office building, which is designed in the shape of two tyres.

This will be Tempe Tyres major site for distribution of tyres and wheels nationally and to their interstate warehouses located in Brisbane, Melbourne and Adelaide. The site will not provide any retail service or pick-up facilities. It will be a distribution centre only.

Also, the creation of up to 80 jobs would partly make up for the employment the area lost with the closure of the oil refinery.